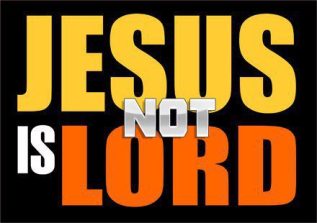 I have given my response to her below.   What are your thoughts and opinions?  Please post comments of your thoughts, they do matter!

I am a Muslim who loves Jesus and follows the ways of Jesus. We do not believe however that God would have allowed such a noble and dear being to suffer, because suffering is earned through sin, as you have properly stated when you warned of the suffering of Hell.

We humans have tasted of both Heaven and Hell, for we have known joy and pain. It is in our view as Muslims that the suffering of Jesus would have been a horrible injustice, for a number of reasons. Firstly, Jesus is without sin, and so he has earned no suffering. If Jesus had been allowed to go through the Hell of torment that has been described, it would undoubtedly have conveyed a false message that people can still be subjected to suffering and pain even when they have done no wrong to earn it.

Secondly, the demonstration that one person can absolve another from suffering, punishment, or Hell fire by taking on the punishment or suffering of the other, would have been a terrible example to set, as it invariably teaches that we can avoid responsibility for our actions, thereby avoiding the consequences. You will agree that this is a very dangerous view to hold, and that simply repenting and asking for forgiveness (though we may be forgiven), will not undo the sin, and will not eliminate the negative repercussions of our actions. Mercy is never being punished for the same sin twice, and forgiveness is allowing sinners to improve themselves to earn Heaven, rather than damning and excluding them because they have sinned.

As Muslims, we believe that God is just, and that Jesus is just. As such, we cannot accept that either of them would have sanctioned such an unspeakable injustice as the torture and cruel murder of such a pure and good being. It is unthinkable. An ordinary person may volunteer to take the blame and punishment for the wrong doing of a loved one, and they may think that their action in this case is noble and well intentioned. However, such exalted persons as Jesus have unlimited regard and respect for true justice, and would never obstruct it, for justice is in truth a grace, mercy, and immeasurable blessing.

“And they said we have killed the Messiah Jesus son of Mary, the Messenger of God. They did not kill him, nor did they crucify him, though it was made to appear like that to them; those that disagreed about him are full of doubt, with no knowledge to follow, only supposition: they certainly did not kill him. On the contrary, God raised him unto himself. God is almighty and wise.”
—Quran Surah 4 (An-Nisa النساء) Verse 157-158.

Is it not more wonderful to realise and accept that God protects the truly faithful, and that ultimately Good triumphs over Evil? Why would anyone want to believe that our Lord would allow such evil and horror to befall so pure and righteous a being as Jesus?

God has given us a mind with intelligence and reason, so that we can distinguish between fair and unfair, justice and injustice, truth and falsehood. I write this out of compassion and caring for my fellow human beings, as our Imam Ali (peace be upon him) says: “Those who have the same religion as you have; they are brothers to you, and those who have religions other than that of yours, they are human beings like you.”

Jesus being crucified on the cross and shedding his blood for the Salvation of the world was his plan. You need to understand the bible and Christianity for it to make sense to you.

You say that you are a Muslim, then you do not believe that Jesus was God in the flesh. Jesus is God, God is composed of a trinity, God the Father, Jesus the Son and the Holy Spirit.

It does not set an example for others to take the blame of others, because they are not God.

God loves us so much, that he came to earth in the flesh and sacrificed himself for us, to pay for all of our sins. He was and is perfect, the only one. That is how much he loves us. He loves us even though we are sinful and wicked. Did Muhammad do that? No! Did Allah do that? No!

Did Muhammad make any prophecies that have come to pass? No! Jesus Christ did. And they are still coming to pass even before our eyes. Isaiah 17:1 the destruction of Damascus, is happening now. Isaiah 66:8 Israel shall become a nation in one day, fulfilled in 1948. Many, many others.

Was Muhammad resurrected and ascend into Heaven to be with the Father? No!

Muhammad himself said that he was not even sure if he would go to Heaven! What kind of god is that?

You will never understand the Word of God if you are unsaved. That’s it! God will open your eyes once you accept him as your Lord and Savior. But, I know that as a Muslim that is difficult to do, because you will be hunted down if you leave the Islamic faith. I know how it works.

I pray for all of the Muslims in the world, that Jesus himself would come to you in visions and dreams and show you the truth. That he may soften you hearts, and you will accept him as your personal Lord and Savior. Amen

God gave us all a free will to choose. You are very deceived by the Quran. It is full of lies.

I love you as a person, but I do not love your religion. It is very hateful, evil.

I pray for God to touch your heart and give you vision of the truth. Amen

You say Islam is a religion of peace? Well I can prove that is a lie. Look at all of the murder, hate, torture, violence, jihad, evil, sodomy and violence Islam is creating.

How is that peaceful?

I can quote verse after verse from the Quran that teach Muslims to kill and hate. How is that peaceful? It’s not!

You can butter it up, coat it with sugar, but it is still what it is, evil.

Jesus never taught his followers to hate and kill, just the opposite is true.

If Muslims truly loved people in the world then they would stop their evil counterparts from committing such heinous acts of violence and evil in the world. Yet, nothing. You hear nothing from Muslims condemning the Muslims that are killing, torturing and committing horrible acts on men,women and children. Cutting off body parts while they are still alive, hanging people on meat hooks! Please. I am not an idiot. I can see what is happening. Open your eyes. Speak out against your fellow Muslims. Get angry. I do not hear any Muslims speaking out against these atrocities! That is not love and peace.

Jesus does not teach Christians to kill, murder, hate, torture or give any reference to war and battle. Why, because he is a God of love, kindness, mercy, forgiveness.

I have written several articles on the subject and posted many, many verses from the Quran, I didn’t even quote from the Hadith.

Please God I pray for forgiveness, mercy and kindness on the Muslims in the world. Please open their eyes to your truth and wisdom. May you fill their hearts with kindness and love.

Jesus will forgive you and give you peace. He is the only way to Heaven. He is now giving you a choice. He is knocking at your door. I strongly urge you to consider accepting Jesus as your Lord and Savior. Time is short, we are living in the end times.

26 thoughts on “Jesus Not God, Not Crucified……What do you Think?”